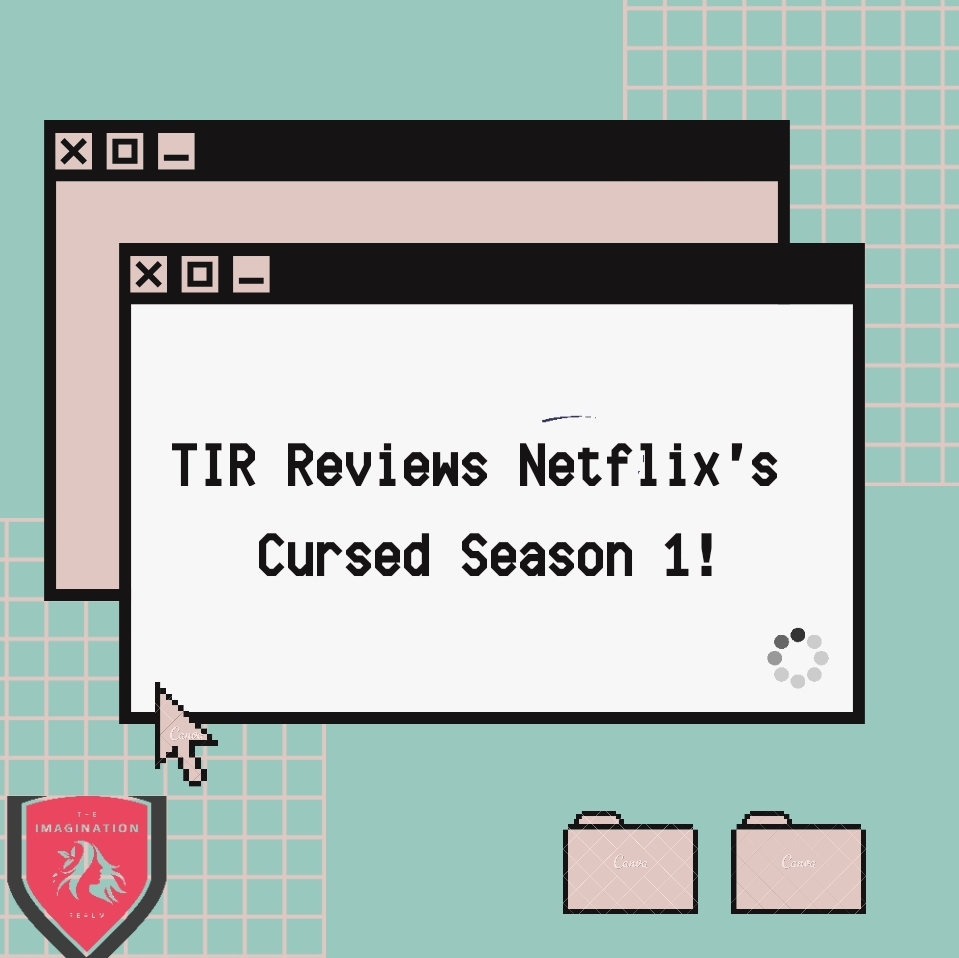 Cursed was definitely one of the coolest takes on the classic stories we all know.  I have to admit I haven’t read the books so I’m sure there are many of you who were not going into this as blindly as I.

I have even seen many, if any, tv/movie or even cartoon adaptations that took on the backstories.  Well that said, I definitely did not expect the twists on character’s in their origin stories.  It reminded me of when I used to watch Once Upon A Time and each reveal of a character gave me an moment of awe.

I had a feeling the weeping monk was going to be a shocking twist but I was still surprised when it happened.  Morgana is a little sad for me because I like the character but in the back of my mind the fear that she is destined to go rogue looms.  Pym is adorable and I was rooting for a viking romance, maybe next time. Squirrel is a little bad ass that you just have to love.  I’m afraid I’m not that familiar with Percival but I’m fond of rabbit-hole research,  so I’ll know before season 2.

The story is not short of villains including the idiot false king and the overzealous religious leader but my love to hate was definitely Iris.

Nimue is a good character but left me wanting more from her.  Not sure what that means after only 1 watch.  I’m sure I’ll rewatch Cursed several times before season 2.  Same for Arthur.  I’m afraid I wanted more from both of their stories.

If you haven’t seen it yet, what are you waiting for?

Comment your thoughts on Season 1 of Netflix’s Cursed.   Will you watch season 2?